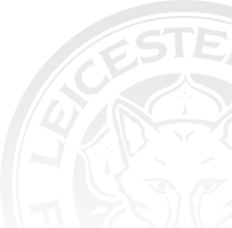 The Foxes beat off considerable competition to secure Ndidi’s signature – the tall, combative central midfielder having won a host of admirers across Europe for his performances both in the Belgian Pro League and in the UEFA Europa League, where he helped Genk progress to the knockout stages as Group F winners in 2016/17.

His time in Leicester is defined by his tremendous tackling ability, regularly seeing him feature at the top of the Premier League stats charts in that department, while he also starred in the UEFA Champions League.

The Nigerian international midfielder initially signed a contract to June 2022 and elected to wear City’s no.25 shirt after spending two years in Belgian football, having joined Genk on his 18th birthday.

Originally spotted playing for Nathaniel Boys in an open trial in the Nigerian city of Lagos, he started out as a central defender, before adapting superbly to a new defensive midfield role later in his career.

Ndidi represented Nigeria at Under-17s and Under-20s level, before his first senior call-up in October 2015, while also representing his country at the 2018 FIFA World Cup and 2019 CAF Africa Cup of Nations.

Signed at King Power Stadium by Claudio Ranieri, Ndidi made his debut in a 2-1 Emirates FA Cup win over Everton, as he went on to feature regularly in 2016/17, winning the Young Player of the Season award.

That campaign also included outings in the Champions League for the Foxes, appearing in both legs of knockout ties against Spanish clubs FC Sevilla and Atlético Madrid just weeks after joining the Club.

In his first full season, meanwhile, Ndidi was the Premier League's top tackler after making 138 dispossessions, finishing well ahead of Everton's Idrissa Gueye and former Fox N'Golo Kanté at the end of 2017/18.

After that sensational maiden full campaign in England, which culminated in the signing of a new six-year contract on Filbert Way, he was named Young Player of the Season for a second-straight year.

In 2018/19, he was once again a star man for the Foxes, as he finished the campaign with another Premier League-high of 143 tackles – one more than Gueye and 14 more than Aaron Wan-Bissaka.

Ndidi also featured in all seven of Nigeria’s Africa Cup of Nations fixtures en route to the semi-finals in 2019, where Algeria emerged victorious after Riyad Mahrez scored a 95th-minute free-kick in Cairo.

Despite injury curtailing him briefly over the festive period in 2019/20, Ndidi continued to be at the heart of Leicester's game plan, adding two goals - against Chelsea and Newcastle United - to his overall tally. In 2020/21, meanwhile, silverware followed as the Foxes lifted the Emirates FA Cup.