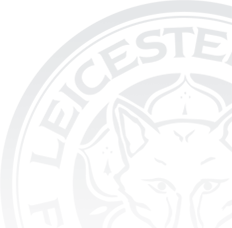 George Hirst followed in the footsteps of his father, David, to represent Sheffield Wednesday in the 2016/17 season after being developed in the Yorkshire club's academy. A striker with a keen eye for goal, Hirst impressed predominantly for Wednesday in the Under-23s leagues.

He also earned caps for England's Under-17s, Under-18s and Under-20s sides. In 2017, he finished as the Young Lions' top goalscorer as they lifted the U20 Toulon Tournament, before signing for Belgian side OH Leuven in the summer of 2018.

After netting three goals during his first full season in senior football, Hirst made the switch to King Power Stadium in 2019, going on to score 13 times for City's Under-23s. On 19 July, 2020, following English football's restart during the COVID-19 pandemic, Hirst made his first senior appearance as a substitute for City at Tottenham Hotspur.

After spending the 2020/21 season at Rotherham United, Hirst hit 13 goals in Sky Bet League 1 to help Portsmouth to a 10th-placed finish last term. Popular with Pompey fans, the former OH Leuven striker also registered three assists in the third tier, with all but one of his goals coming in 2022.